Sweden Democrat news from the past few weeks 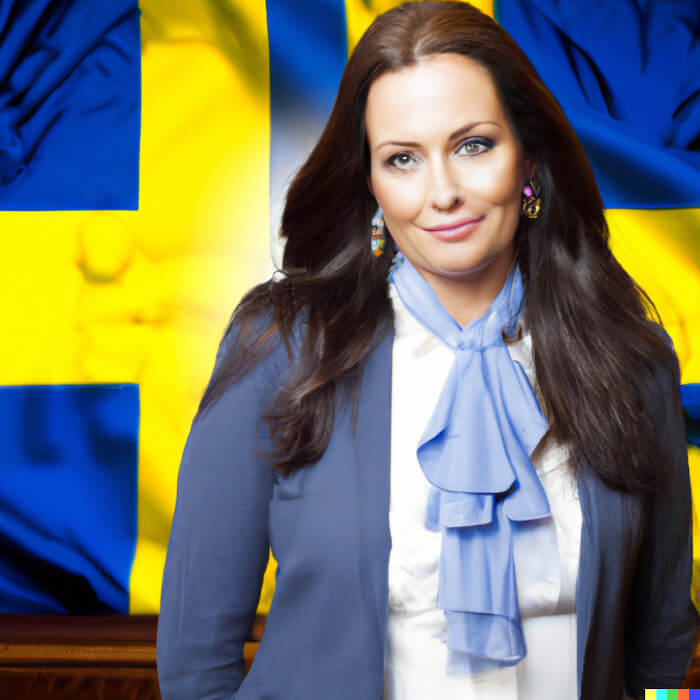 What's happened in the world of the Sweden Democrats since I last wrote about them? A fair slew of scandals: Mattias Karlsson, the 'chief ideologue' of the Sweden Democrats, is chairperson for a foundation that has collected over five million Swedish crowns1 (around 400,000 USD), likely illegally.

The foundation in question, Insamlingsstiftelsen för svensk konservatism, is chaired by Richard Sörman.

Richard Sörman believes in the white-nationalist far-right conspiracy 'great replacement' theory3 and has publicly stated that political opponents to the Sweden Democrats are 'trying to annihilate our ethnicity'2.

Apart from this fact, it's obvious that the Sweden Democrats lie about their own 'zero tolerance principle', as stated by Jimmie Åkesson, their party leader. The principle states that any Sweden Democrat who is racist must be kicked out of the party. This no longer occurs.

So, the chief ideologue of the Sweden Democrats is not a democrat nor allowed to stay in the party. Yet, he remains exactly where he is. This is not according to party politics. It is, however, on brand with how Sweden Democrats behave. Cecilia Bladh in Zito, Municipal Council for the Sweden Democrats in Hörby, lied when asked whether she had illegally paid foreign workers under the table to work on her private residence4.

For this, the Sweden democrats 'fully supported' her on both the municipal and country level and did nothing5.

On 10 October, it was exposed that Bladh in Zito has received a car as benefit, something which goes against municipal policy and was never reported6.

The error we made was perhaps that we didn't include the decision in the minutes, but we couldn't [...]

Bladh in Zito clearly states that she didn't even think about violating the principle of publicity, a core Swedish principle that makes the foundation of Swedish rule.

Bladh in Zito is known for erupting over seeing rainbow flags, international symbol of gender openness, in a Swedish political setting16.

The Sweden Democrats have not acted on Bladh in Zito's transgressions. David Perez, regional council in Uppsala for the Sweden Democrats, is sentenced to pay over ten million crowns (around 800,000 USD) to the Swedish government for tax fraud7.

This is known to the Sweden Democrats.

In spite of knowing this, the Sweden Democrats have elected Perez to be member of the Finance Committee of the Swedish government, where Perez will decide on the Swedish budget8.

The Sweden Democrats do not comment on this matter. Fallenkvist's fall from grace started, naturally, when she got involved with the Sweden Democrats. Come on; they're a party based on Nazi roots that their party leader says will be adhered to and never forgotten9 .

I've written about how the Sweden Democrats didn't 'suspend' Fallenkvist for having paraphrased the most well-known Nazi salute10, but she did get suspended for writing about Anne Frank's 'horniness' and 'immoral' ways11. Aleksandra Børgesen was the second person on the Sweden Democrats' list of people to serve politically at a high municipal level in Ludvika, Dalarna. She was one of two top Sweden Democrat politicians to receive the most votes, and hence deserved a municipal seat.

Days before the most recent Swedish election, Kent Ekeroth registered as living in Dalarna.

Kent Ekeroth is most well-known in Sweden for his participation in the iron pipe scandal12. He filmed himself, Erik Almqvist, and Christian Westling, all high-ranking Sweden Democrat politicians, abusing people by using misogynist, xenophobic, and nationalist language. Ekeroth also physically abused a person.

This led to Ekeroth's enforced and unwilling 'time-out' from the Sweden Democrats, a time that he spent in Hungary (together with Ted Ekeroth, his brother, and Almqvist, among other Sweden Democrats).

After the most recent Swedish election, the Sweden Democrats betrayed Børgesen by simply replacing her with Ekeroth, a very uncommon move13.

In other words, Ekeroth, who's never lived in Dalarna, is now one of the top two Sweden Democrats on a municipal level in Dalarna. Undeservedly so, but this has never stopped a party that only cares about democracy enough to add the word to their name.

To learn more about the Ekeroth brothers' legacy, I highly recommend Gellert Tamas's Det svenska hatet, a very collected and coolly told story not only about those two persons but also about how the Sweden Democrats don't function in rational nor intellectual ways. The entire book is available only in Swedish, both as a physical book15 and as an ebook and free podcast14.