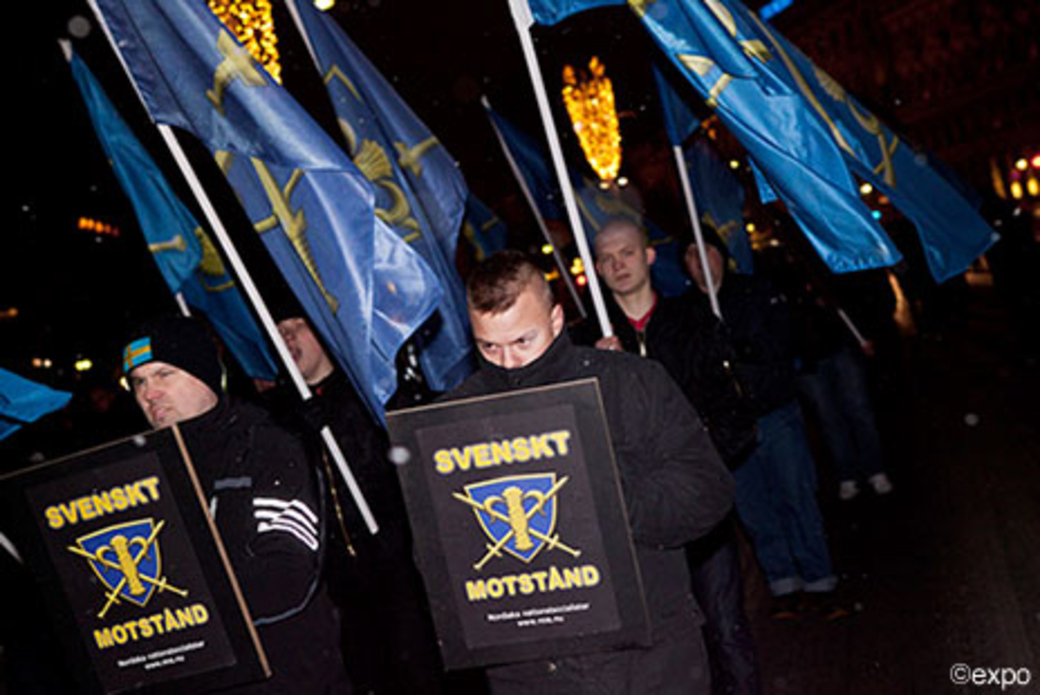 Nordic National Socialists preparing to march from Kungsträdgården to Riddarholmen.8

I remember when the Sweden Democrats (SD) first came into my world.

They formed in 1988, when I was eleven years old. The party then mainly consisted of old nazis and other xenophobe persons, all scurrilous characters. Every year, on the death day of Swedish king Charles XII, xenophobes gathered in Kungsträdgården in Stockholm and shouted racist, nationalist, and other baleful chants at protesters and police.

SD saw themselves as part of an oppressed group under the thumb of a state that unexplainedly loved immigrants and gave them all of our money.

That's not changed much. I mean, they're currently the second-biggest political party in Sweden, but they still only thrive on blaming immigration for most things. Once you scratch under the surface of their politics, it's pretty easy to find problems; for example, the party has the word 'democrats' in their name, but Åkesson single-handedly decided to revert the party's stance on NATO2. Another example is their 'solution' to the climate catastrophe: donate money abroad to have 'them' fix the problem.

Think about it. Those two examples alone prove that SD are not a party that cares about democracy nor about seriously trying to prevent the annihilation of humankind.

For a long time, Jimmie Åkesson claimed that he'd joined the Sweden Democrats after the party had given up their racist and nazi period. Åkesson lied1.

I believe that all human and animal life is of equal value. As such, a person who voted for SD has just as much value as any other human. I believe that people who vote for SD have, largely, been swayed by populist demagogues who hide under an illusion of democracy. Just as with the German population that voted for the Nazi party, people knee-jerk reacted themselves into giving ultimate power to fascists. Leading SD politicians have publicly supported Viktor Orbán's fascist Fidesz party for a long time3. 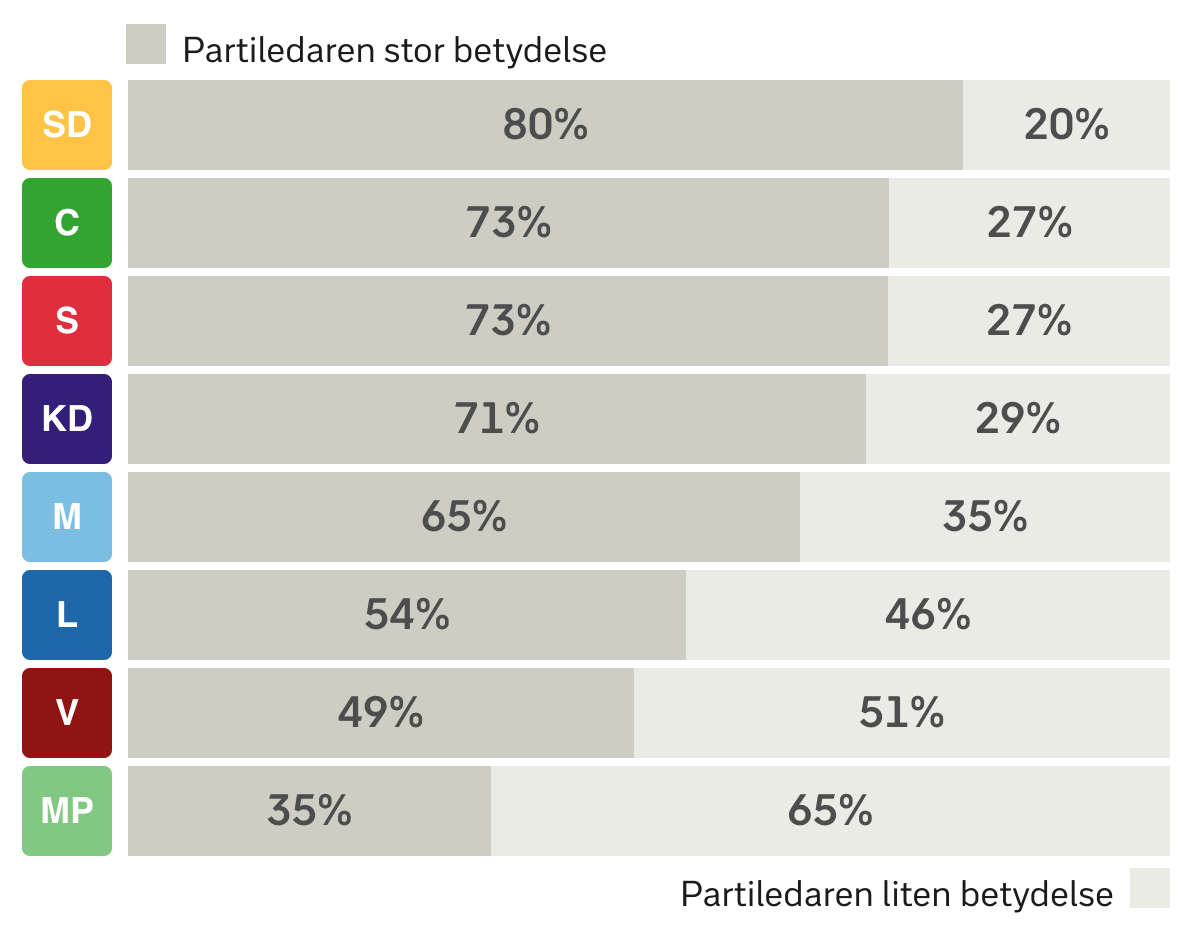 A list from Valu 2022, a survey that shows how important the party leader is for the voters in their choice of party in the Swedish 2022 governmental election.

At the end of the Swedish 2022 elections, a big survey revealed what role the party leader played in the casting of votes. 80% of the SD voters stated that Åkesson, as party leader, was of 'great importance' of their vote for SD in the governmental election. Compare this with the Green Party (Miljöpartiet), where two thirds think the party leader is of 'little importance'.

In 2010, 37% of all SD politicians on a municipal level had given up and left their posts4 or even left the party entirely.

Fingers crossed that SD's local politicians keep leaving their party, once they figure out the meaning of realpolitik.

In other words, political value means less than who's at the top. Problem is, SD just want your votes and spread hate.

Imagine if all persons who've immigrated to Sweden ceased to exist, along with Jews, Sami, Roma, Sinti, trans people. Would Sweden be perfect? SD would collapse under its own weight. No other party in the Swedish government would.

Björn Söder, top SD politician who has compared homosexuality with pedophilia, claimed that Jewish and Sami people are not Swedes5, and was photographed smiling next to an actual SS guard6, is in the news again.

In a later tweet by Söder, he stated that SVT ought to stop broadcasting propaganda. 'Public service should be fundamentally reformed!' he ended.

It's not hard to figure SD out. Their politics remain, all while their party grows larger.

We just need to speak out against the party insanity and carefully help their members to see what good the lies do: nothing.

Would you be friends with someone who constantly lied to you? No.

Would you again and again trust someone who constantly lied to you? No.

Would you—if you could choose not to—work at a place where you're constantly lied to? No.

SD are, intellectually speaking, constantly stabbing themselves in the back. Problem is, even though they've since long bled out, the ghost is very much alive, and it reeks of 1939.